AdminPosted on 19 May 2019 Posted in Match Reports

Player of the Match: Max

Match Report: Team photo day and the boys donned their beanies as has become the tradition, to remember their mate Connor (editor’s note: it’s lovely that we all get to see the annual ‘beanie’ photo – nice one, team)!

We were under the pump off the whistle but we gained control after a few minutes. Max won the ball at left back and released Ash early. Ash got to the bye line and pulled his cross back which the retreating defender unluckily hit into his own net. The first goal was always going to be important and so it proved

In the second half it was more of the same with back four of Alex Win, Millsy, Max and Sam aided by Jake and Martin in central defensive midfield roles soaking up the pressure, backing each other up and keeping Rovers at bay. Eli did have to make one brilliant diving save on the one occasion a chance was worked in the box

Upfront Aidy was linking defence into attack superbly in his attacking midfield role. Harry worked tirelessly down the right in the first half and then Damo replaced him. Damo won numerous headers against boys much taller than him, showing great determination

A brilliant team performance against a very good opponent. Players player of the match went to Max – Max has been superb the last couple of games against tough opponents – handling the player he marked well and getting forward to help in attack 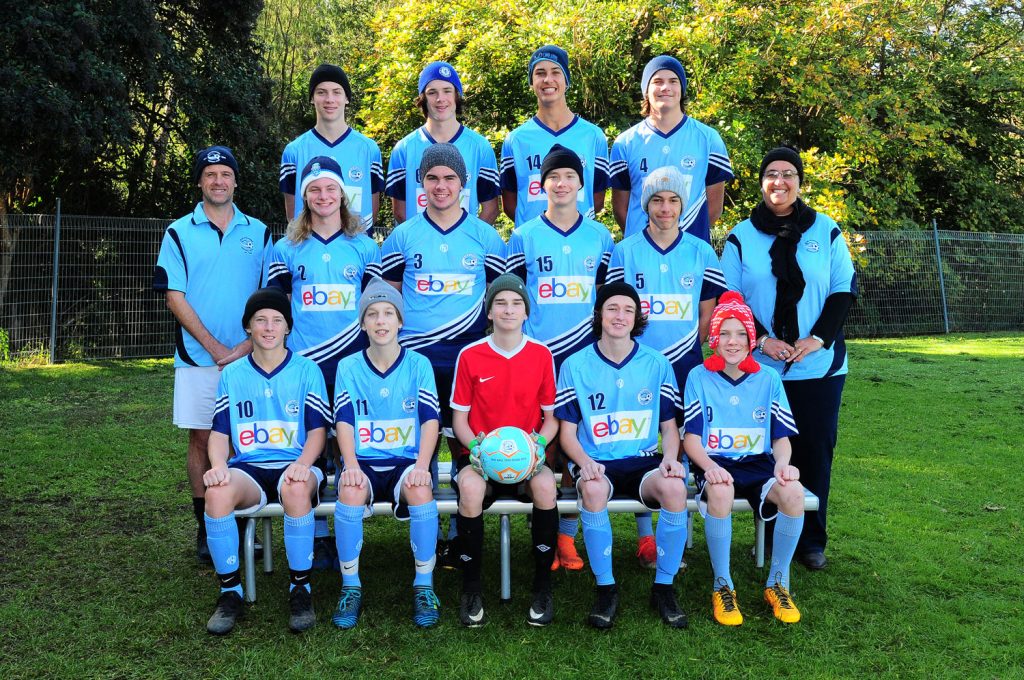