AdminPosted on 13 July 2015 Posted in Match Reports, Under 9

Player of the Match: Joey

Match Report: 10 minutes gone and a shock was on the cards at the stadium of light, Springwood. United took the lead after the blues dominated the first 9 minutes, managing to hit everything except the back of the net. United broke away and with their first shot, attack etc. scored a great counter attacking goal! 1 nil.

Credit to the blues after that, they fought back and by half time were 3-1 up with some well taken goals. Harry M was putting in cross after cross to pile on the pressure.

Second half Matt ran his heart out, Ben tackled everyone, and Connors G and S we outstanding with their surging runs and tackling. But it was Joey who took out the MOM award with his running and fine tackling. The last goal was a great end to ender, with Harry M playing a great long through ball, and Harry C finishing it off. 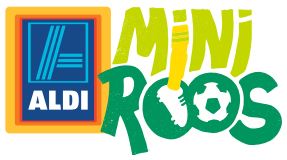