Match Report: A very cold & windy lunchtime kick off played at Colo’s ground. Full squad available. Harry Burns arrived sporting an absolutely shocking mullet. I found out there was a very good reason for it – read on, details at the end of this report

The windy conditions really impacted the quality of football played. In the first half we had the wind behind us. Passes had to be firm to feet otherwise the ball was too often blown away. We scored about fifteen in – Knobsy hitting a corner well across the wind and to the far post where Ethan rose well to nod home

Playing into the wind in the second half and the game evened up. The mood of the game changed when Ethan charged onto a ball & his opponent slid in and collected Ethan across his shin. It was a solid whack and Ethan stayed down. He was carried to the car and went to hospital

Lowlands found an equaliser with a shot from the edge of the box. We then won a penalty when Knobsy, playing at centre forward now, was clean through on goal but pulled down from behind – how that’s not a red card I do not know. At 1 all Knobsy had the kahunas to step up and take the penalty but unfortunately the keeper went the right way and made the save

With time running out, Jake received a red card and then with the final kick of the game Lowlands scored the winner – Eli saving and was bundled over the line – the ref adjudging the initial shot to be in and therefore the ensuing foul was irrelevant

A day where things just didn’t go for us. We later found out that Ethan had broken his leg. This awful news put the day into perspective – football and winning is important but is absolutely meaningless compared to the health and well being of all our boys. Your team mates and all the parents are thinking of you Ethan and send positive vibes for recovery 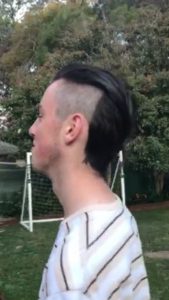